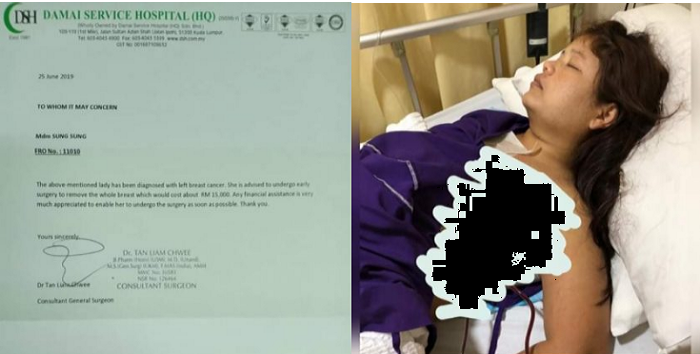 Thi is An APPEAL FOR HELP:

Dear Friends, I’m hmunly extending this appeal for help on behalf os Sungsung, a Chin refugee asylum seeker who is currently battling breast cancer. Sungsung i a single mother who has been struggling to make a living in Malysia to help raise her 2 children in  who are still back hom in the Chin state in Myanmar.

I was first introduced to Sungsung when conducting an intervies recently for a social awareness project for refugees by my dear friend an sister in Christ, Cherryn K CerMawi Zt who is a social worker from Falam Refugee Organization (FRO), one of the sub-ethnic community refugee organizations.

Sungsung’s story is a tragic one. her husband had escaped from forced labour under by the military back in Myanmar, and the army came to their village looking for him and claiming that he had disappeared with ammunition, a crime punishable by death. They threatened to kill Sungsung and her children unless her husband was found. Left wih no choice, Sungsung left her children in the care of some of her neighbours and fled overnight to Malysia. ( She has not heard from her husband ever since.) In the process of coming to here, she was nearly raped by the “agent” who was bringing her in illegally, and was forced to work without any salary for 10 months as payment to him for bringing to Malaysia.

Subsequently, Sungsung was sent to work in Genting Highlands as a kitchen helper in a hotel. Unit recently, there would be days that she would up to 16-18 hours when there peak seasons. Most of the money earned is sent home to Myanmar to feed her children. A few months back, she began experience severe pain in her breast when carrying heavy items and discovered a hughe growth in one of her breasts. When she checked with a clinic nurse, the nurse took pitty on her and brought her for the first time to Kl (she had never set food int he city before this) for a check up.

Test results revealed that the growth was cancerous, and the doctor diagnosed her with stage 2 breast cancer. She was also told that thi s type fo cancer was very aggressive. Sungsung needed to undergo a mastectomy urgently. FRO, the refugee commnunity organization worked hard to raise money for her to undergo surgery, and with their, money was raised to cover the cost of surgery.

Sungsung is recovering well from the mastectomy. Hower, funds are now being raised for her impending chemotherapy treatment. As an sylum seeker in Malaysia, Sungsung is not eligible for any form of heathcare support or aid, be it from private or public heathcare systems.

Her gretest concern on her mind and heart is her children, as she is currently a single parent. Hence, I’m appealing to you, my dear brothers and sisters in Christ, to help this sister in Christ who has sufered greatly, and is now in need of financial assistance for Chemotherapy treatment.

Early intervention could save her life. Any funds collected will be given to FRO, the organization which has been helping to raise funds for Sungsung and will go directly to paying the hospital for the treatment Sungsung services. Please do pm Daniel or myself if you’d like to donate towards this cause. Any contribution will be of great help to her! Your kindness is much appreciated.

Below: A written medical letter written by the doctor attending to Sungsung.

2) A photo of Sungsun after she underwent mastectomy. 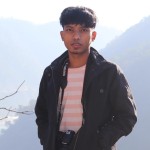